SALAMANCA, SCHOLAR ELEGANCE AND CHURCHES AS SIGNS OF POWER 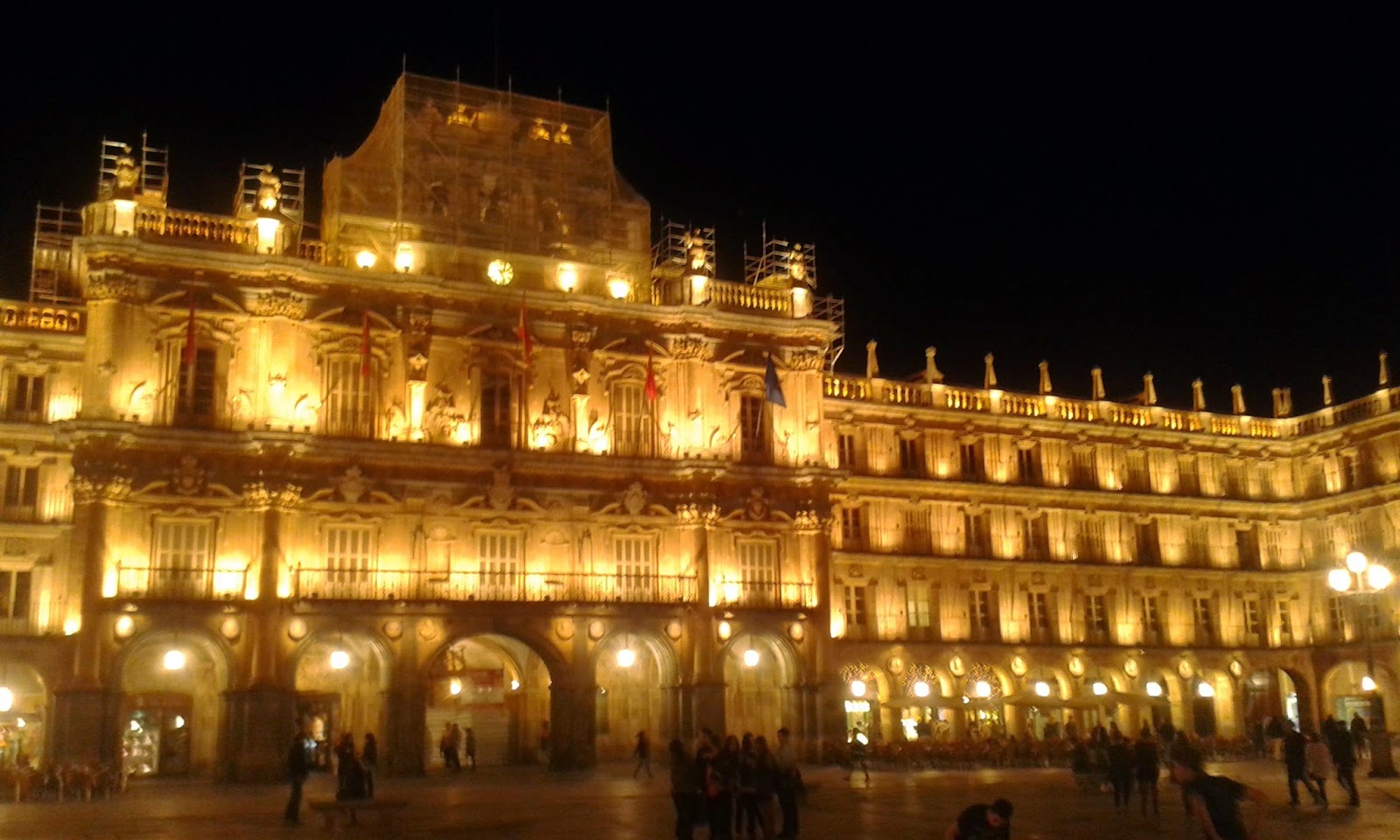 If Segovia is dominated by the cathedral and the Alcazar telling a lot about the power of the church and the nobility throughout history, Salamanca is even more religiously overwhelming. There are not one, but three great churches/convents, the cathedral counting actually for two, Romanesque and Gothic built side by side. Playing host to the third oldest university in the world (after Bologna and Oxford), it's all about schools and churches, but also a magnificent Plaza Mayor, a surprising Art Nouveau museum, nice cafés and great food. 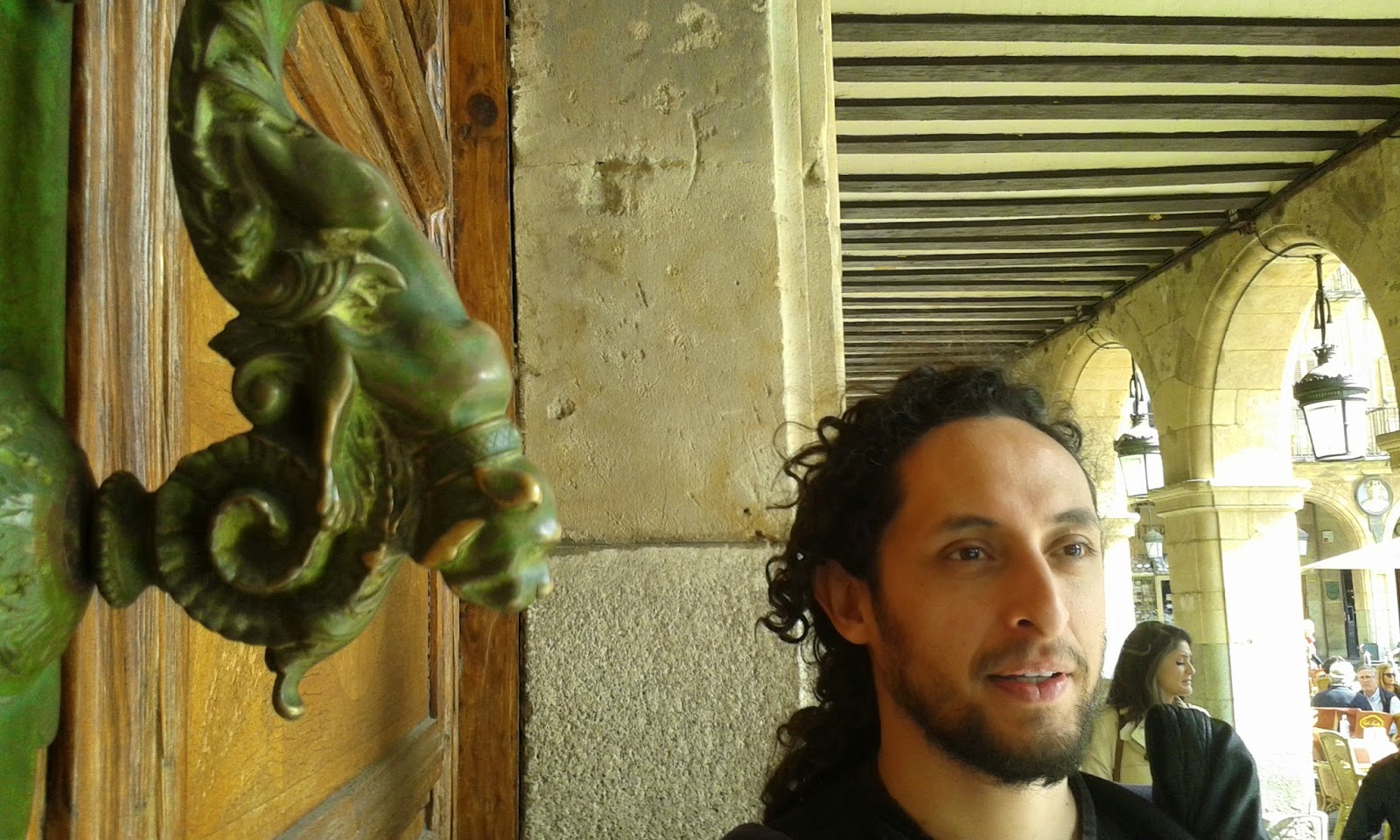 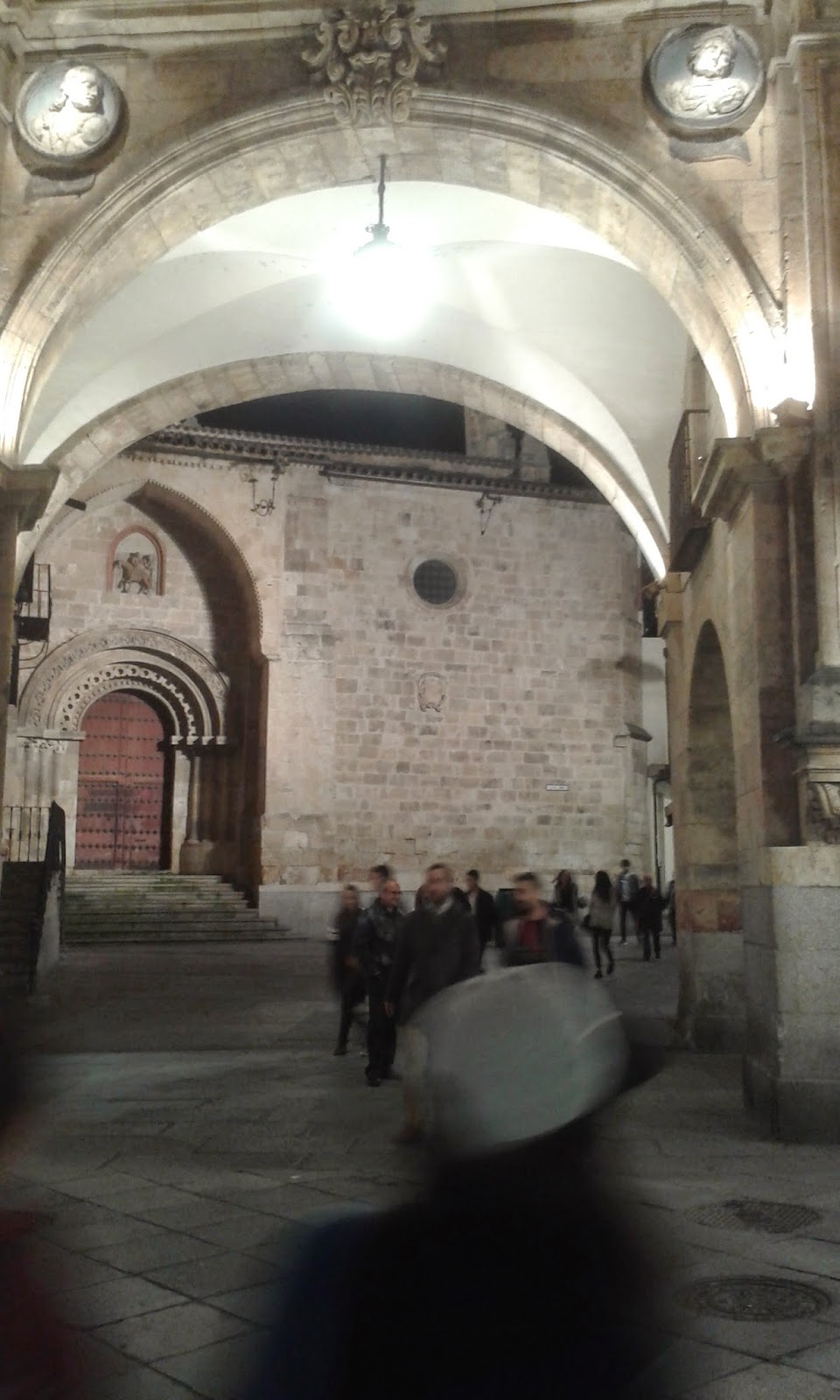 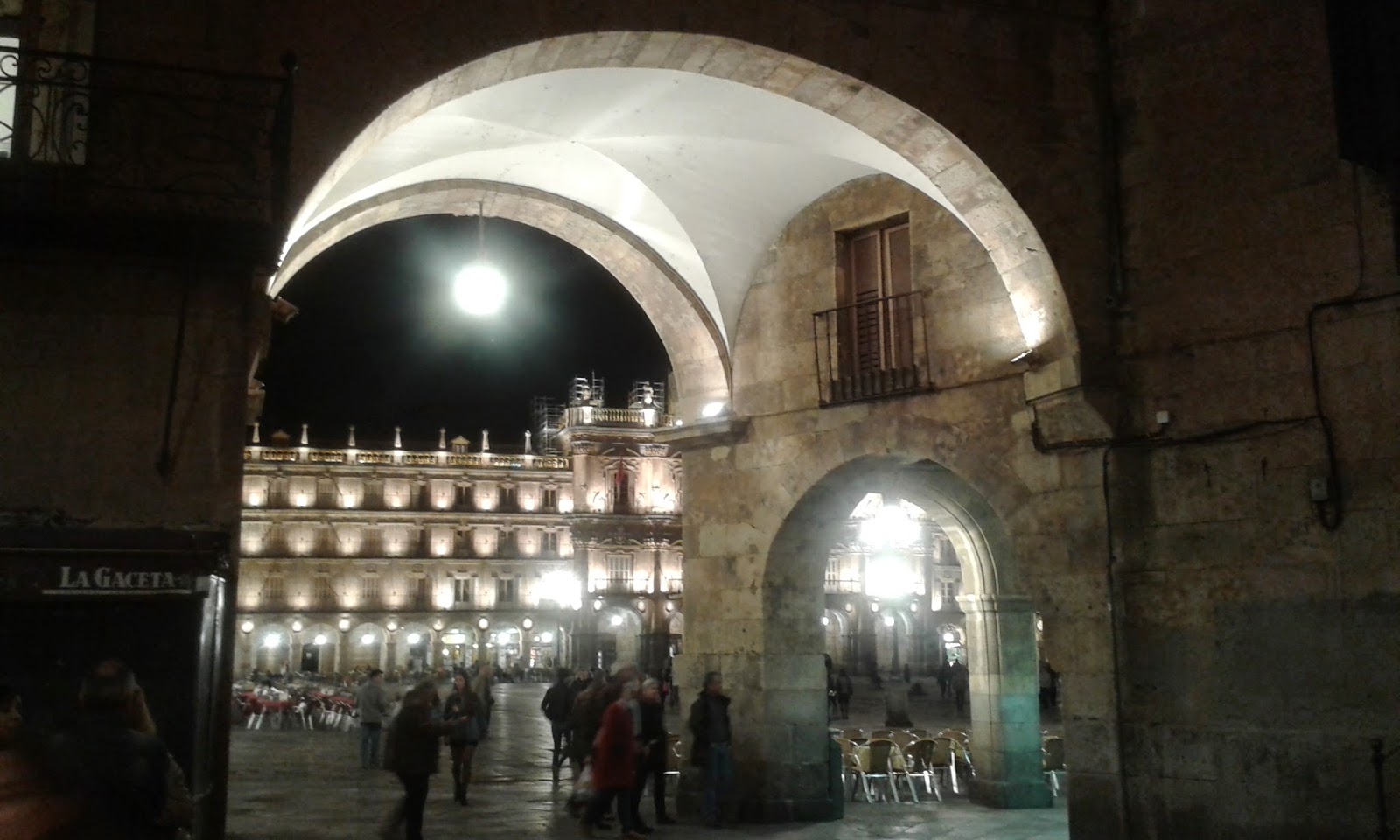 I've seen so many interesting, surprising and unique architectural details, tasted delicious cheap tapas, enjoyed the spring sun at a calmer pace and promised myself I will definitely be back. For this I also have to thank the Mexican friend who graciously offered me shelter and his precious time and knowledge.


The University or the Cathedral facade are obvious impressive examples of plateresco, this Spanish style the borders between late Gothic and Renaissance, but what I found most striking were the details and corners of so many buildings: the stairs, the vaults, the cloisters, the chapels. Great XVI century architect Rodrigo Gil de Hontañon (also author of the Segovia cathedral and the University of Alcalá) left behind two palaces: Salina and Monterrey, besides the new Cathedral and the monumental church of San Estebán, also a Dominican convent, that offered shelter and help to Christopher Columbus for quite a few years.

The old walls with the student vibe make an absolutely charming combination, and then there's the river, and the gardens, some impossible to describe chemistry that makes it such a pleasant and relaxing city. 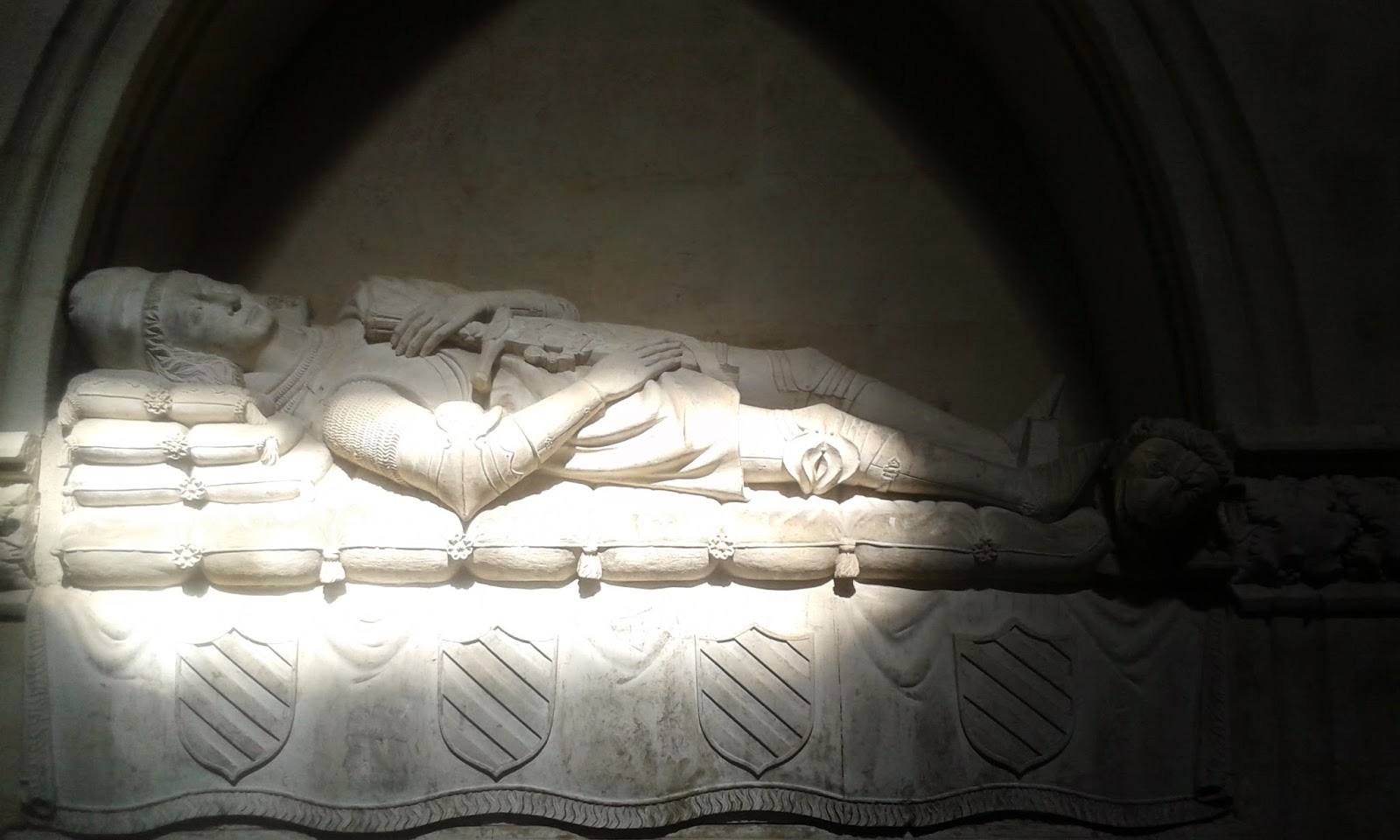 A city where I felt comfortable just hanging out and doing nothing but looking around and smiling at the world in awe and gratefulness for my wonderful life, being granted so much freedom and joy. That feeling of looking at life through this kind of windows. Of the Art Nouveau museum eventually. 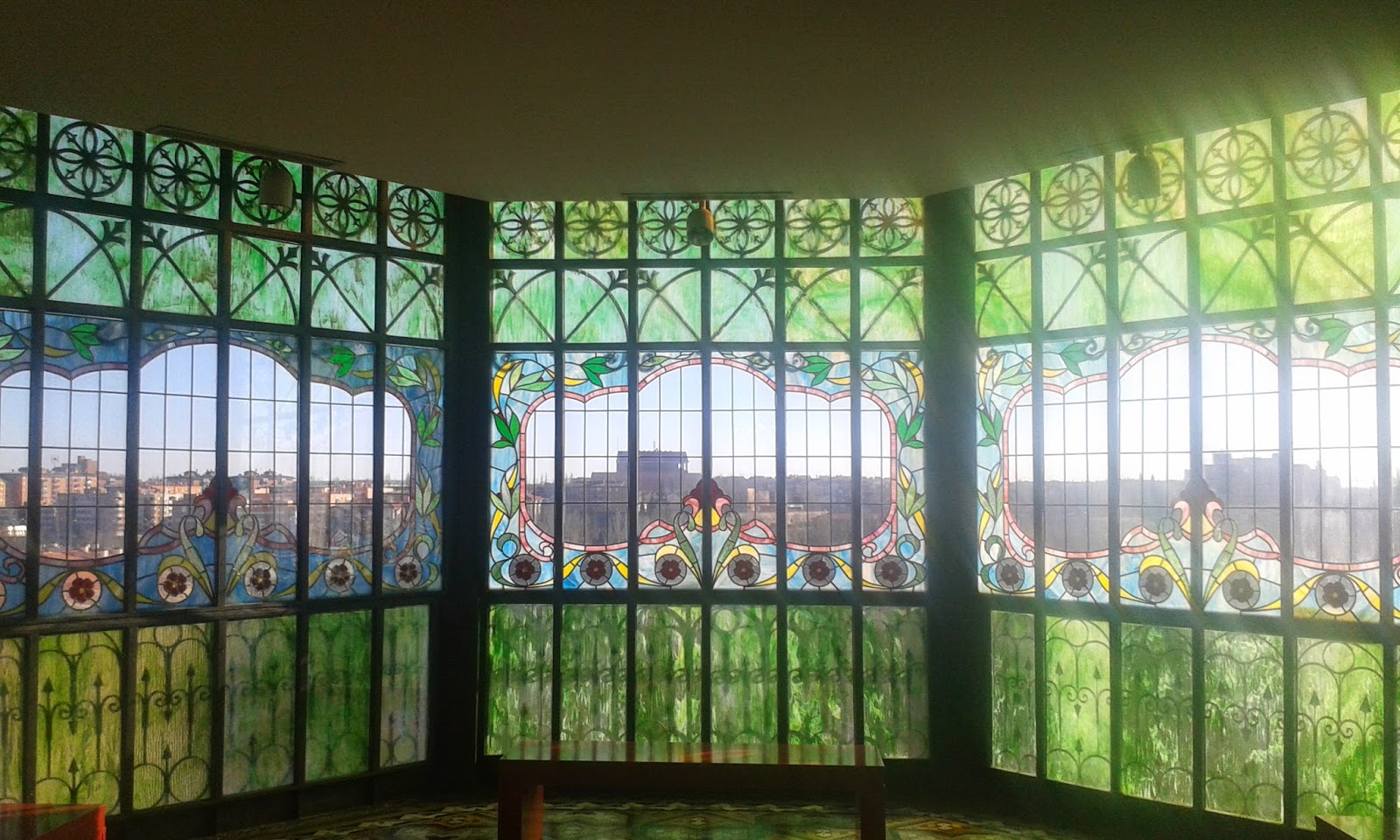 Some of those gorgeous architectural details: 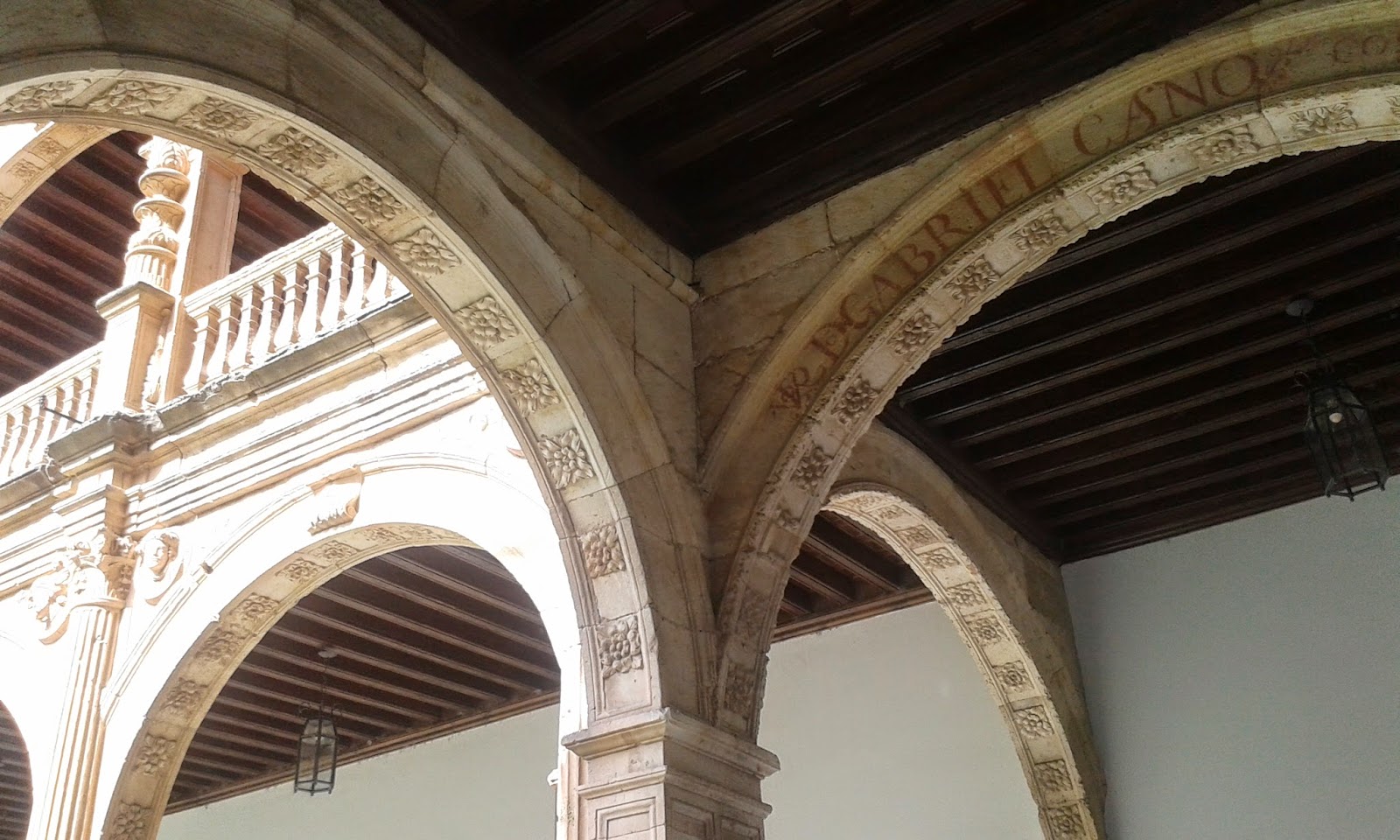 Me in awe in the San Estebán cloister: 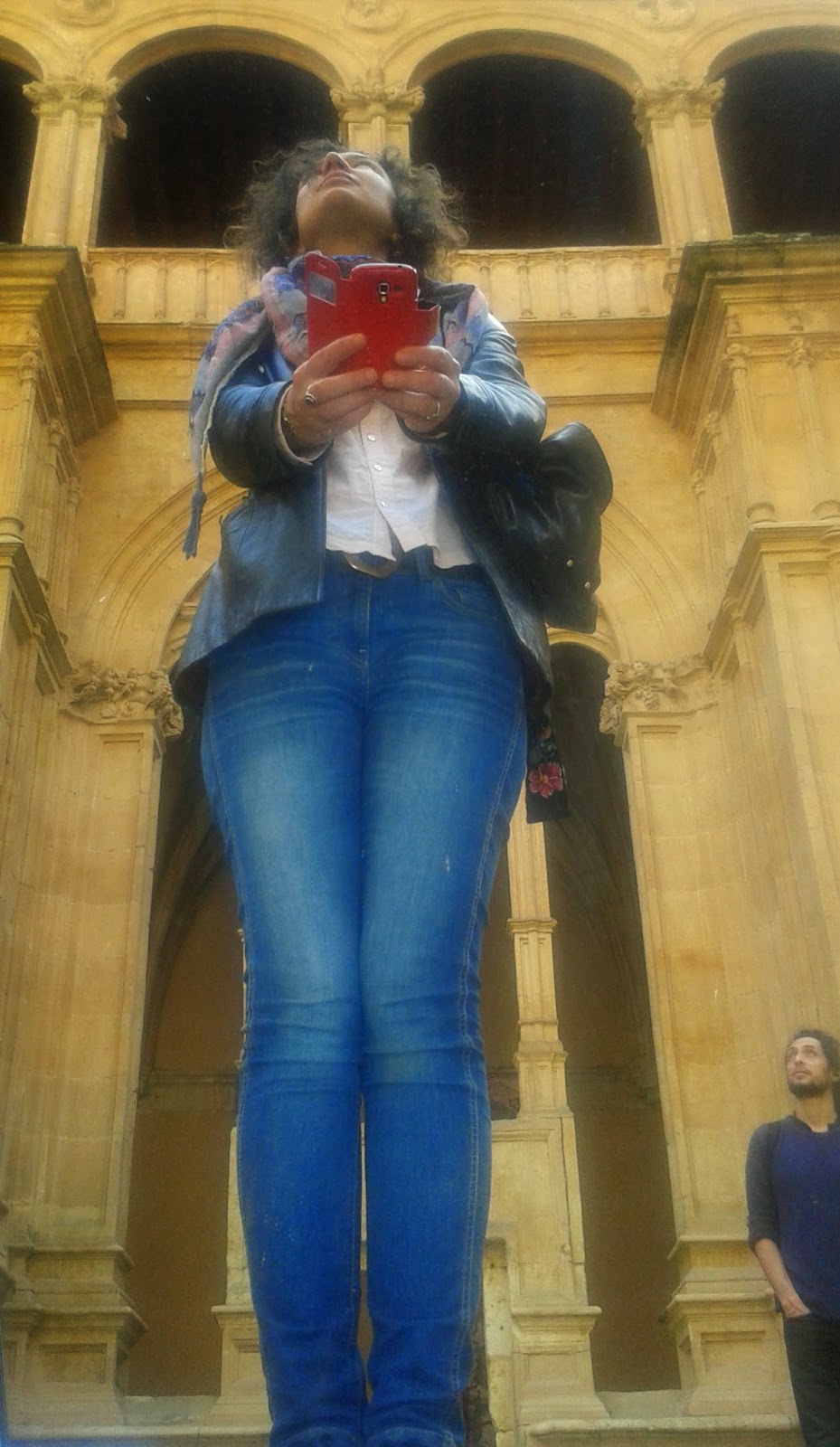 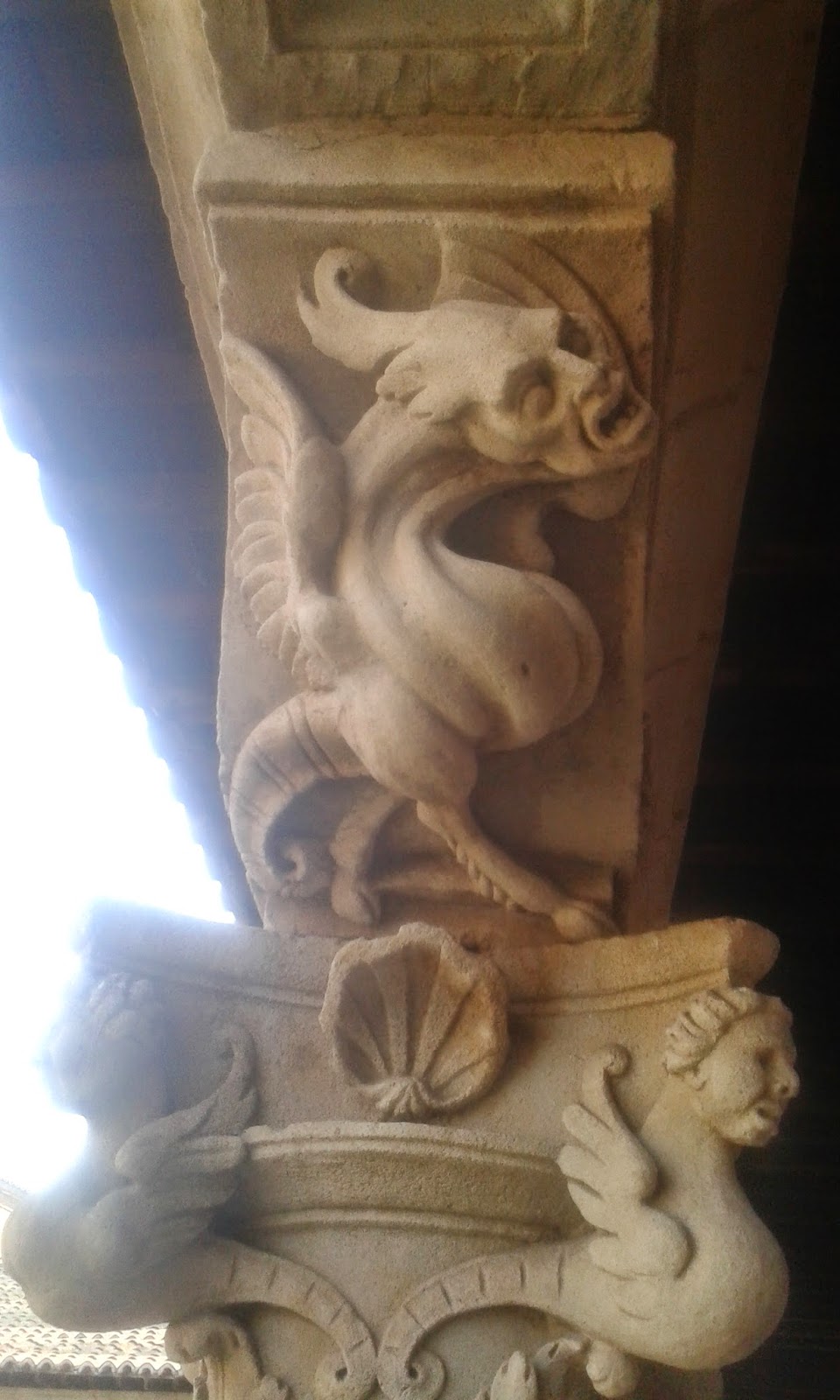 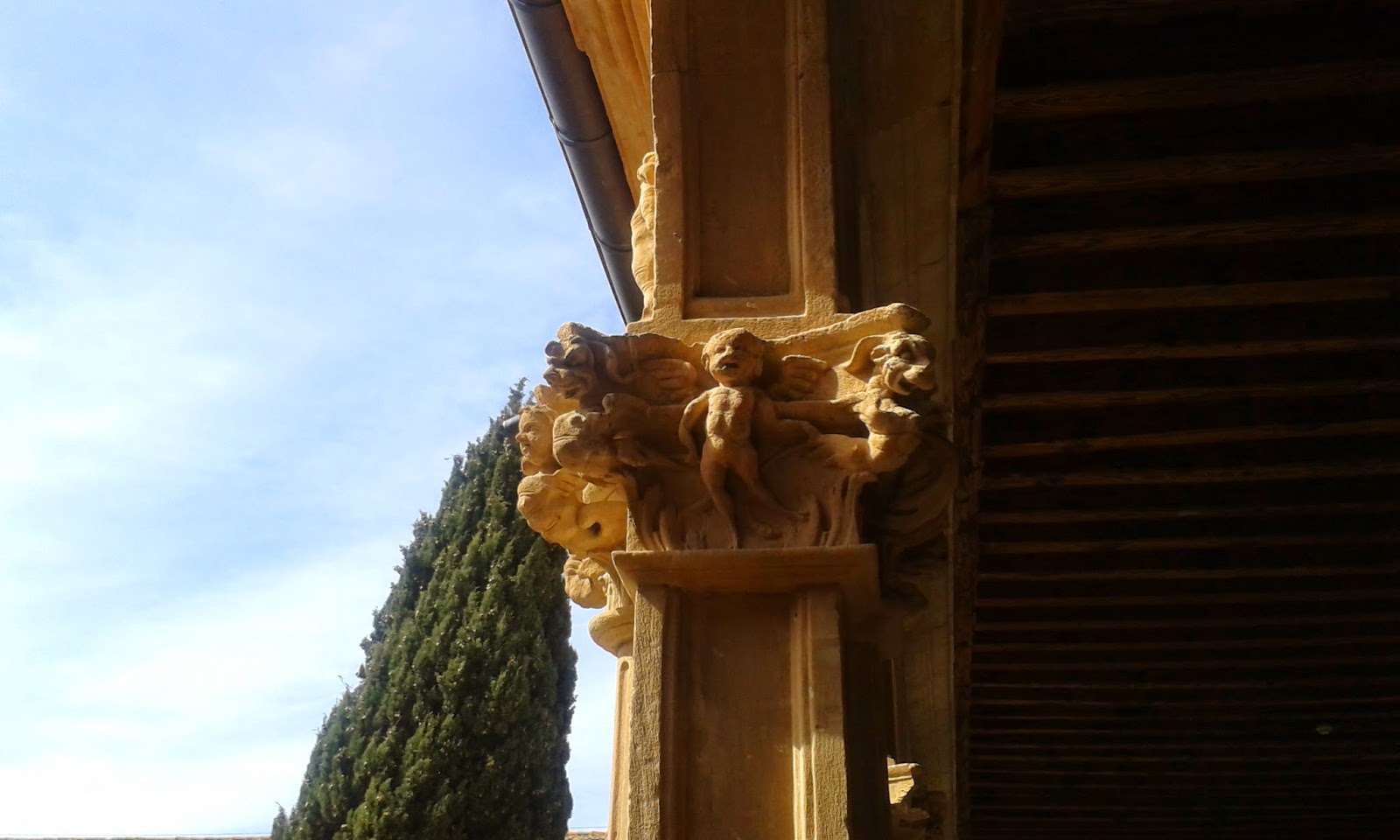 The Sky of Salamanca that decorated once the ceiling of the University library is now hidden in a cloister just across, a few steps away from the hoards of tourists, in a quiet dark room. My sign, Virgo, stands proudly right in the middle. 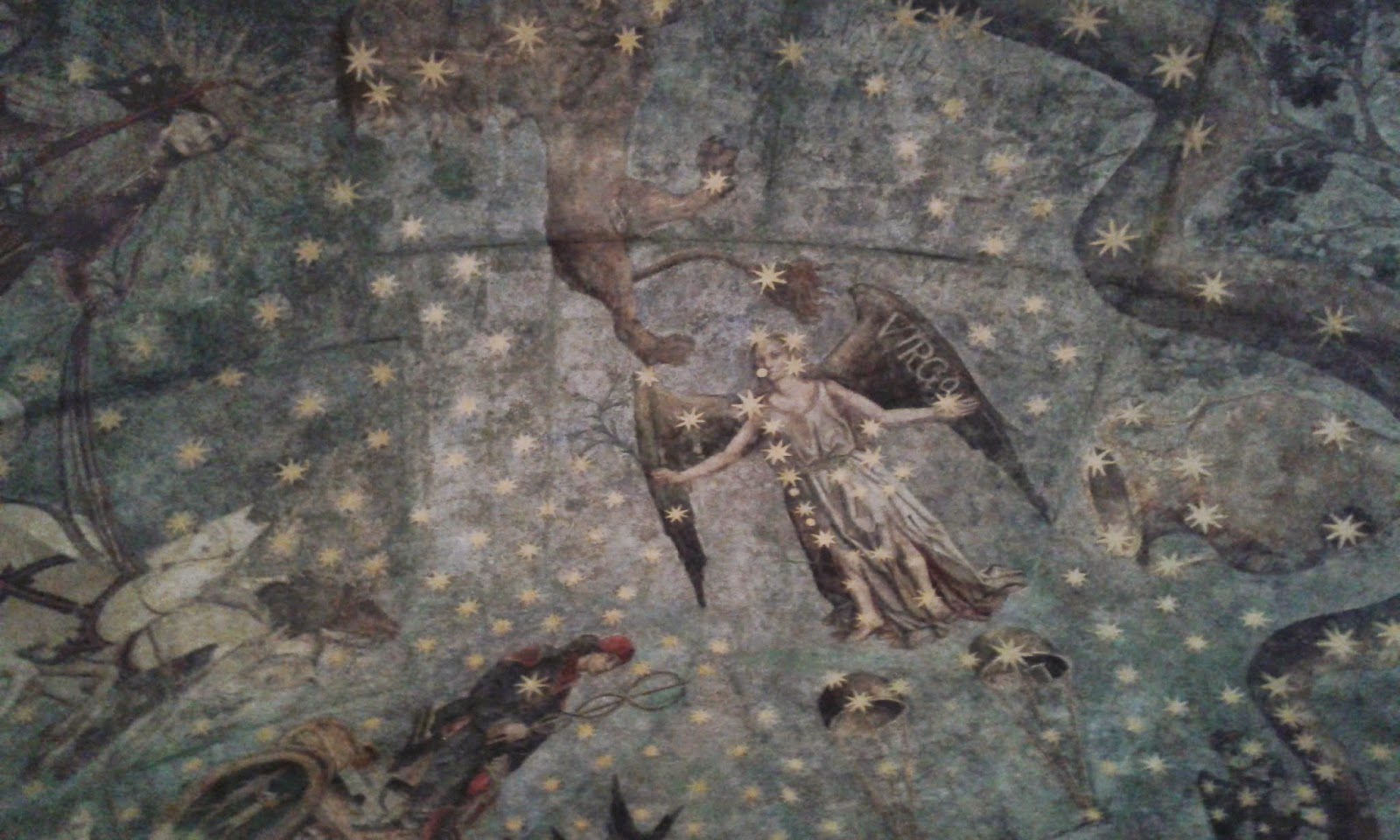 Plaza de la Libertad is not a tourist highlight, just a picture pretty rectangular quiet square, lined with palm trees, geometrically cut cypresses and terraces, so welcoming and cozy. This charming gentleman was having his coffee (terrible like any coffee in Spain) with a cigar and glass of brandy...classy. 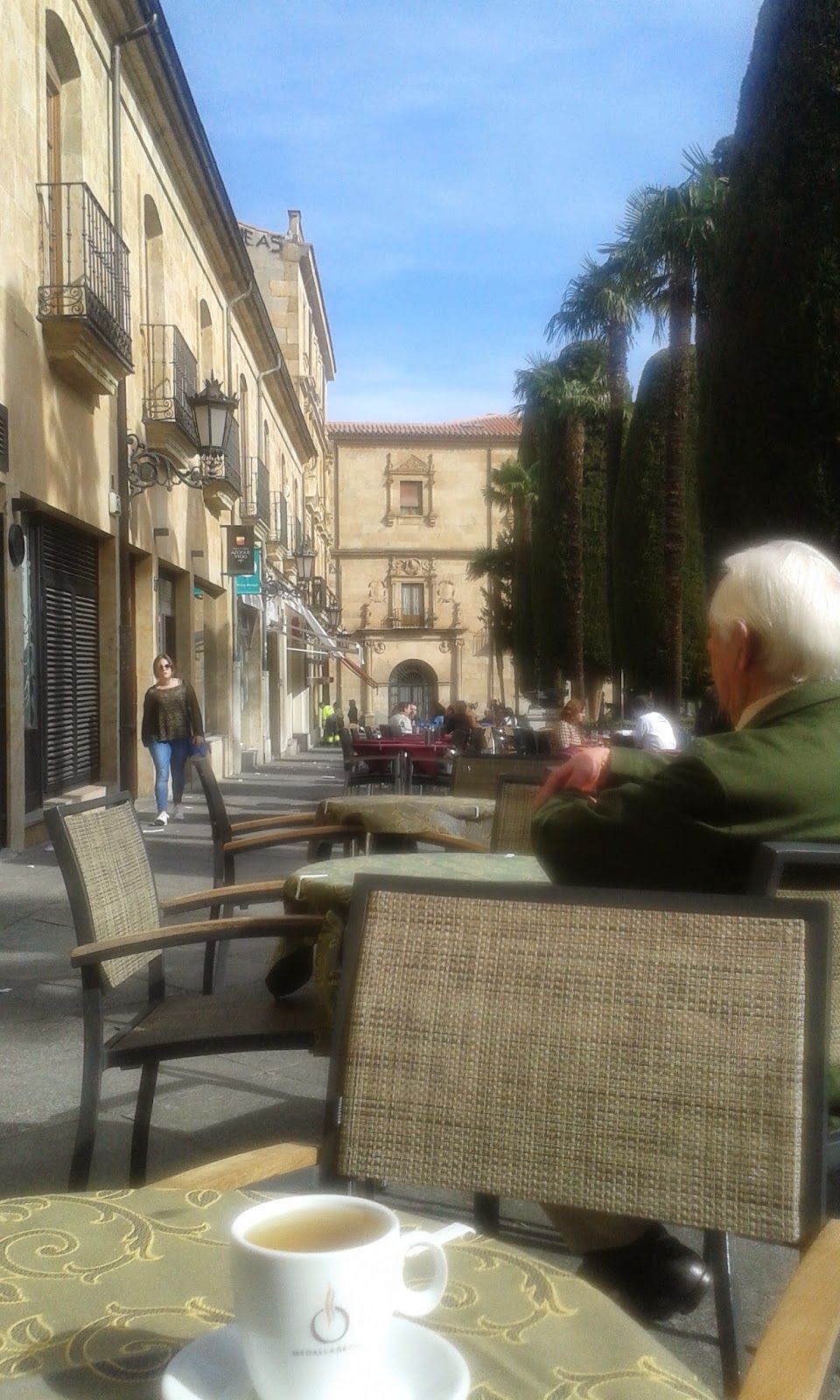 A place of perfect peace: Convento de las Dueñas, there was just another couple of visitors and I felt I could stay there for hours just enjoying the silence of the garden. At the exit there's a small shop where a nun sells traditional cookies homemade in the convent. 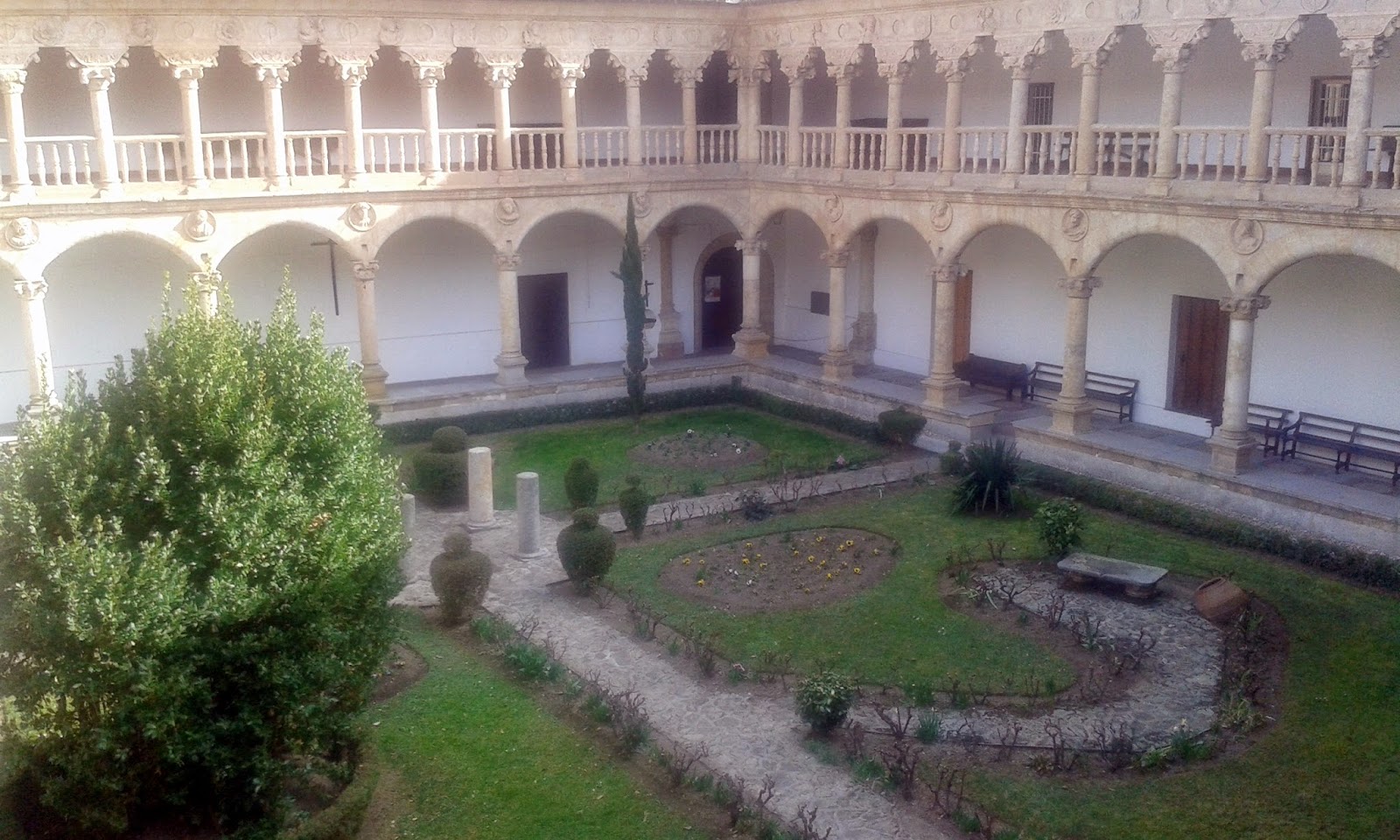 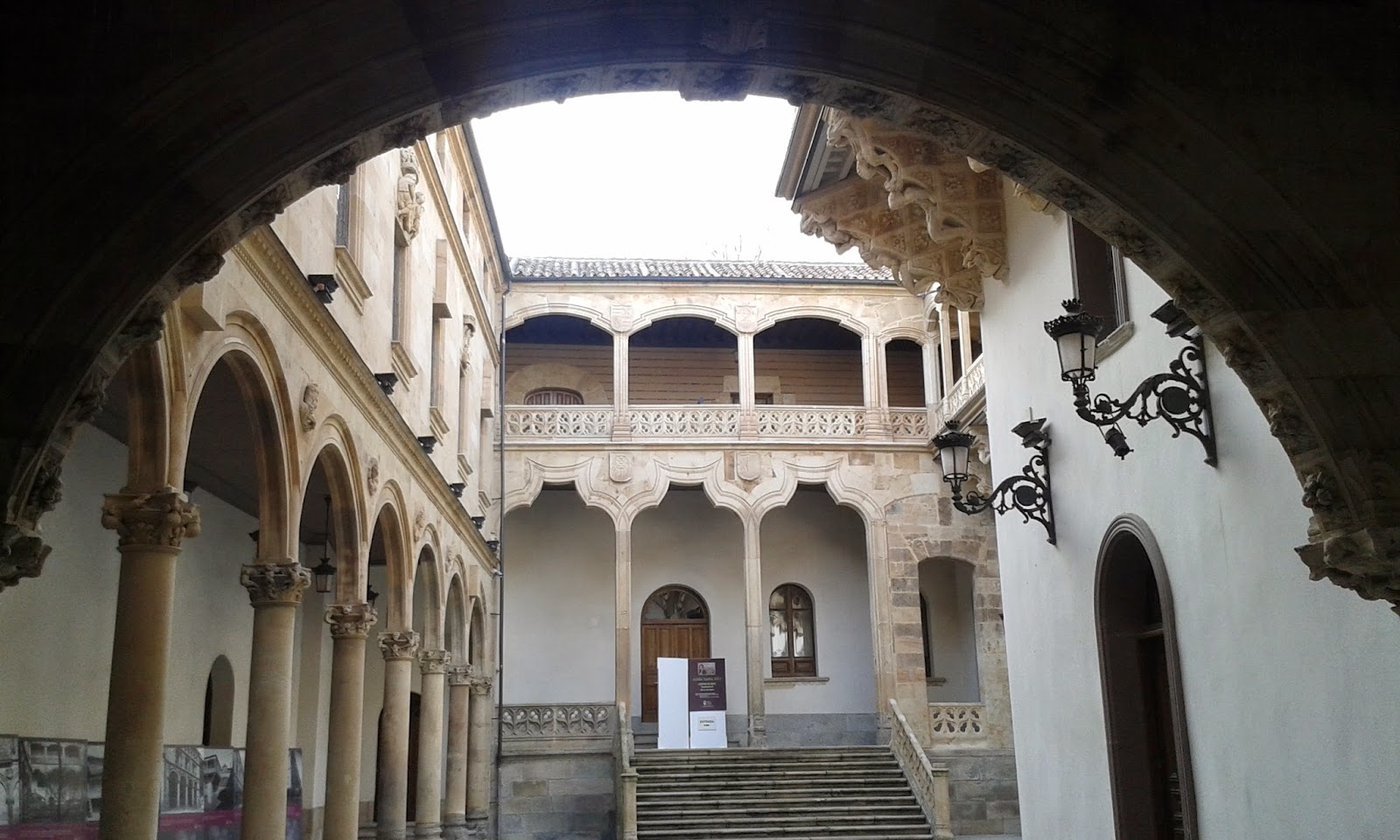 Posted by Antoaneta at 4:12 PM