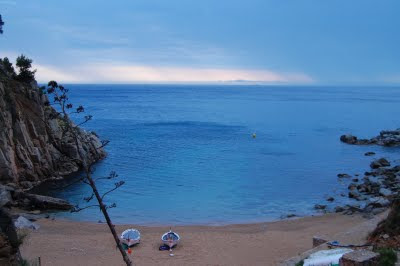 A few months more since my last post and there are so many changes I contemplate now from a short time distance.

No. 1: I managed to get a stable job, after a one year not-easy-to-live-with gap. I work in a park inside of a palace, with a big window that lets in the sun, the chirping of the birds, the smell of resin in the heat. When I look outside I only see the various shades of green of the many types of pine trees trying to reach the sky. At lunch time I can have a half an hour break reading in the shade, eventually looking at the cotorras argentinas or the urracas. The ducklings I saw a few months ago swimming in the ponds and fountains are now as big as momma duck. My fellow workers are fun and kind, almost all of us get along nicely and I get to use almost all my languages on a daily basis. At the beginning of July I had to organize a reunion of about fifty government experts coming from 21 countries from Europe, North Africa and Middle East, everything went very smoothly and my department head thanked me in front of everyone at the end of the meeting. My writing skills were also put to work for the final public information text. So all together I feel useful and well treated. I was never extremely ambitious and the more I grow inside, the more I learn how to enjoy and be thankful for the good side of things in my life.

No. 2: My stand-by relationship got to a very inglorious cold end after my Cuban (future) ex paid me a one week visit enclosed in a six weeks trip to Spain. We started talking about marriage and a common future here and somehow on the way I realized that for one whole year I was floating in a beautiful and fragile soap bubble that suddenly broke and let me fall on the hard evidence that after all distance and time torn us apart. We were and we are very different, in terms of background and lifestyle, and this year our ways split to the point of no return. It was an emotional break for me, that I had to cope with after he left, that very moment was very short and I didn’t realize what was happening, that it was the last time we were seeing each other as a couple. When I left Canada and we said good-bye in the airport, there was sudden pain and many doubts about doing the right thing or not. It was a separation between two people that were in love and shared a home. It still hurts to know that the three years we were together and the one year of waiting and hoping were reduced merely to memories in no time. But at least I know there is no other way, it was a fine, sharp and clean cut, I can almost imagine a steel blade, guillotine style that suddenly falls and leaves no shreds.

No. 3: I managed to move from my cage aux folles, the Romanian run home, crowded and filled with cigarette smoke and too many times with strong cooking smells. My room was nice though and they were good people, but living in a different bubble. Now I stay in the same Sagrada Familia neighbourhood, on a street that bears the name of one of my favourite cities and above my tree level balcony there’s a blue metal plate that reads “La Ciudad de Buenos Aires”. I share with a nice Catalan girl who’s almost like a younger sister to me, and her dog, Ganja, a lovely half-blind and extremely affectionate cocker. The sitting room is big enough to be able to invite people for dinner again. When I wake up in the morning and I open my door, instead of cigarette smoke there’s Ganja happily wagging her piece of tail waiting to be cuddled.

o. 4: Last but not least, I managed to start moving around (one of the main reasons for coming back to mother Europe) and go visit friends in Lisbon and Toulouse that I have not seen for 13 and 15 years respectively. I was received with the utmost generosity, more like a long lost parent than like a friend that’s been away. Their home was my home and I was moved to tears to find out once more that friendship after all is probably the most beautiful and deep thing in my life.

Lisbon was celebrating the national day and Santo Antonio, the streets were blooming with colourful decorations and the smell of grilled sardines filled the hot air. On Saturday night I went alone to a fado concert set inside the Sao Jorge castle on the hill, overlooking the Tejo estuary under the stars. Besides, the city is as beautiful as ever and I got to visit other spots in this small and charming country by the ocean: Alcochete, Montemor-o-Novo, Evora, Cabo da Roca. Fabulous blue, green and pink (roofs) landscapes, great food, not to mention the company…so I’m going back in August, to spend more time with my Portuguese soul sisters and keep discovering the Lusitanian hidden treasures.

Toulouse, la ville rose aux bords de la Garonne, en plein Midi, with amazing Gothic buildings still standing up, especially le Monastère des Jacobins (I have a special weakness for cloisters) and the scrumptious French desserts. Not far, on the shores of the Tarn, there's Albi, home of Toulouse-Lautrec, dominated by its high episcopal palace and the Ste. Cecile cathedral, masterpieces of pink brick Gothic, so far from the cold gray stones that usually served as building material.

I am at a point in life where I dreamed and wanted to be ten years ago, is it still the same, am I able to enjoy it and appreciate as much as I would have then? I won some things and lost some things on the way, I’m a little stronger, a little emptier, a little wiser and even bitterer and less ready to believe in the beauty of things and expect the unexpected. But the sense of balance is here; my life is in Barcelona now. Although, after changing places quite a few times, I know nothing, no one and nowhere is for life, there´s no real security in anything, and that’s probably close to the Buddhist teachings about accepting change and transiency as unavoidable. I feel peace, there's only love missing.