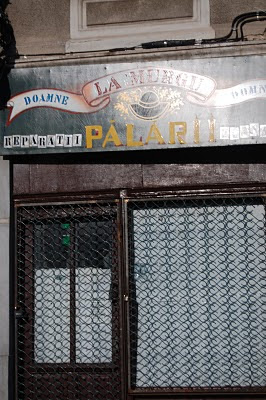 I am kind of settled now in an intermediate state, about three months after landing again in the land of unaccomplished promises, so full of resources and resourceful people, seemingly unable to stop going from bad to worse. I wonder how much is this the fault of our inability to get rid of Ceausescu's camarilla, the very same people that took him down so they can get more comfortable contemporary design armchairs under their butts. After all the two parties that are now disputing the power: PD-L and PSD derived both from the National Salvation Front, to me it looks like a two- headed dragon. We have no real civil society to stand-up against them, our intellectual like their own comfort more than anything, and even if they chose the hard way, who would join them?
Of course I am glad to see the positive changes, a cleaner, cuter city, more flowers in public areas, nicer taxi drivers and sales people in small shops and fruit/veggies stands. As for the restaurant services, they are as lousy as ever, the waiters don't seem to know what the word service means. There are some recycling procedures in place, but not everywhere, in my area for instance I saw just a few very small containers and the population couldn't care less about it. There are cycling lanes in some places, but few people respect them. In general there is a carelessness about what goes on out of the someone's personal area, no awareness of the public space and goods. The roads are terrible, including the sidewalks, some places seem to have been bombed recently, there are streets full of sand since I came, but for sure one of the reasons is that nobody complains, nor tries to find out what's going on. Romanians are used to be disconsidered and treated like shit and they respond in the same manner.
My trip to Spain was really pleasant, seeing ancient comrades from the cruise-ships times and two of the women poets I met in la Sierra Mixteca in 2007. I liked Madrid, but I didn't have a crush on it, Valencia impressed me more with its variety of life stages: old city, beach, the ancient river bed that became a park and the airy City of Arts and Sciences by the one and only Santiago Calatrava. I think I got a better, more balanced idea of Barcelona, with its good and bad sides. I would definitely like to live there, assuming all the unavoidable risks. Sheri-D and Éliz enlightened my stay bringing it a new multicultural dimension, beyond the poetry that brought us together. Canada, what I learned and what I lived there, will always be from now on part of what I am. The Great North and the Inuit culture still make me feel regretful for not making it up there. 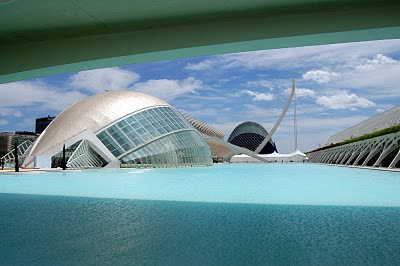 Right now I consider trying my luck in Catalunya, I just applied for a PhD and already got a one-way ticket. I have no clue about what's in store for me, I am taking it one day at a time, cleaning the old house of the lot of crap that got accumulated here over the years, by four generations. Sometimes the sadness paralyzes me, I cry and I despair, I don't see the light at the end of the tunnel, I miss my dear departed ones and I feel lonely like a street dog on an empty alley at night. But it is a mandatory period, in a waiting room, I needed to stay home for a while, spend time with my family and friends and figure out things. After so many years living and working with people from different countries I feel estranged in Bucharest, I have to be in a city of more cities.
Posted by Antoaneta at 2:30 AM 3 comments: