When you ask yourself

It's quite an interesting endeavour to live with one's self, learning to know which of your whims are acceptable or not, for you, and not for the sake of others. Interesting to question your choices and either you are what you do, or rather not, you're keeping your true self aside, waiting for an opportunity to let it out.

Last week I've seen "Tetro" by Francis Ford Coppola, beautiful visually but heavy, redundant and symbolistic on the story side, mixing love and power, Greek tragedy and Freudian theories. It is a powerful film indeed, very intense, but that's due in great part to its splendidly achieved gloomy ambiance, in a black and white run down Buenos Aires. Alden Ehrenreich is too much Leonardo di Caprio and Vincent Gallo bears a ressemblance to Joaquin Phoenix, lacking his force though, he seemed quite cold and unresponsive to me during the whole film. Maribel Verdu and Klaus Maria Brandauer were too much for them, while Carmen Maura played a cliché. To my great joy and surprise, I saw two Romanian names on the crew list: Cinematography by Mihai Malaimare Jr. and Production Manager Adriana Rotaru.
And I felt an urge to look for "Youth without Youth", the film Coppola made in Romania, with Tim Roth, Alexandra Maria Lara and Bruno Ganz, seconded by great Romanian artists, some of them (Mircea Albulescu for instance) playing silent parts. As the story of Mircea Eliade itself is very intricated, it is really hard to come up with something better. The film follows the original plot with just a few changes, sporting good performances, especially on the side of Tim Roth (as usual, I would say) and again, hauntingly beautiful images, using light and shadow in many interesting ways. Mircea Eliade uses love stories a lot in his writings, but they are mostly just a base for the development of his esoteric theories of existence. His characters seem to be rather prototypes than real people, made to comply with his demonstrations. 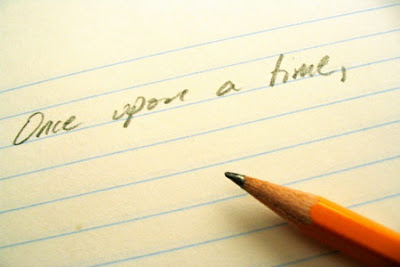 Strangely enough, both films deal with the difficulties of writing, "Tetro" with creative and "Youth without Youth" with scientific. Both Tetro's family drama and Dominic's study on the origins of language go unachieved, and the two films deal in a certain way with the scope of life. What do we live for and how much are we defined by either our actions or our actual creations. Is life worthy and meaningful if we leave a lasting work behind says "Youth without Youth", or shall we rather count its importance by the events we went through? In "Tetro" the creative act is actually seen as cathartic, liberating and unifying, as the two male characters are finally brought together, after fighting about it. This was what I was left with, to me the dominating father didn't seem that important, as much as Tetro's refuse to face his past and subsequently himself.
I was left pondering on this issues and the way they relate to my life, but I guess this is part of who I am, constanly questioning myself.
Posted by Antoaneta at 6:48 AM No comments: