The Europe without borders, now and then 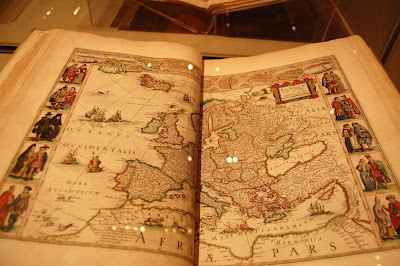 I got the idea of this brief posting when I saw in the Prado Museum the portrait of Isaac H. Sequiera, made by Thomas Gainsborough, whose doctor he was. Born in Portugal in a Jewish family, he emigrated to Bordeaux and studied medicine in Leyden, Holland, getting to settle in London where the portrait was made.

I found it weird when some people wonder how comes I lived and traveled so much in more than a country. Or when they affirm the world has changed, with this continuous movement beyond borders. Since the antiquity, merchants, scholars, warriors and explorers/adventurers have traveled extensively, looking for either wealth, knowledge or distraction. Artists, monks and mercenaries for instance were very active since the Middle Ages.

A great example is Saint Anthony, known as "of Padua", who was actually born in Lisbon. Even professionals like Dr. Sequiera changed places many times. Not to speak about artists, Caravaggio, Da Vinci, Ribera being but a few. There was no tourism, as we understand it now, traveling without an exact purpose, just for the sake of sightseeing and spending money elsewhere. I guess it's during the XIX century when it became very fashionable for the wealthy classes, especially for people from the Northern European countries to go South to France and Italy, extending later to Spain and Portugal. Not even the Erasmus student exchange programme is such a novelty; when universities were founded there were very few, so people who wanted to study had to travel far for that.

Briefly, the ways to travel changed, but traveling is still the same.
Posted by Antoaneta at 1:50 PM 1 comment: